So this morning a bunch of keen XR Artists met up in VR [at the gorgeous Museum of Other Realities] to explore new work that had been included in the May show, as well as a general chinwag. Turns out we did a heap more than that, and in the spirit of oversharing [heh] here's a brief take on some of the shenanigans - complete with screengrabs. 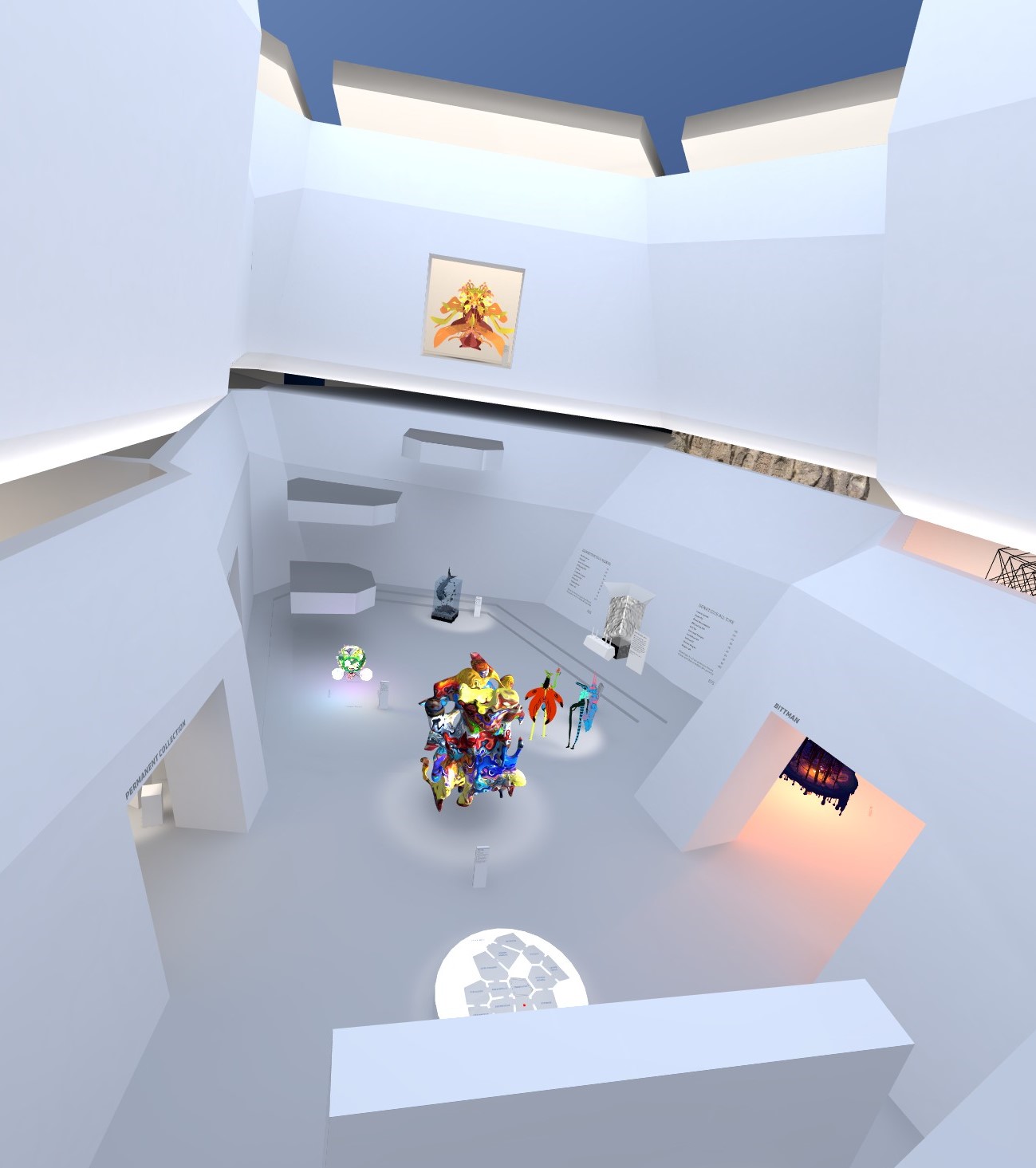 So the meetup started with bangs in the wrong places, as I led the charge into the Museum while the beyond compare XR Artists co-founder Kevin Ang materialised on the outskirts as a ghostly manifestation who could hear me but couldn't see me. Luckily after some wrangling Kevo managed to pop right in... 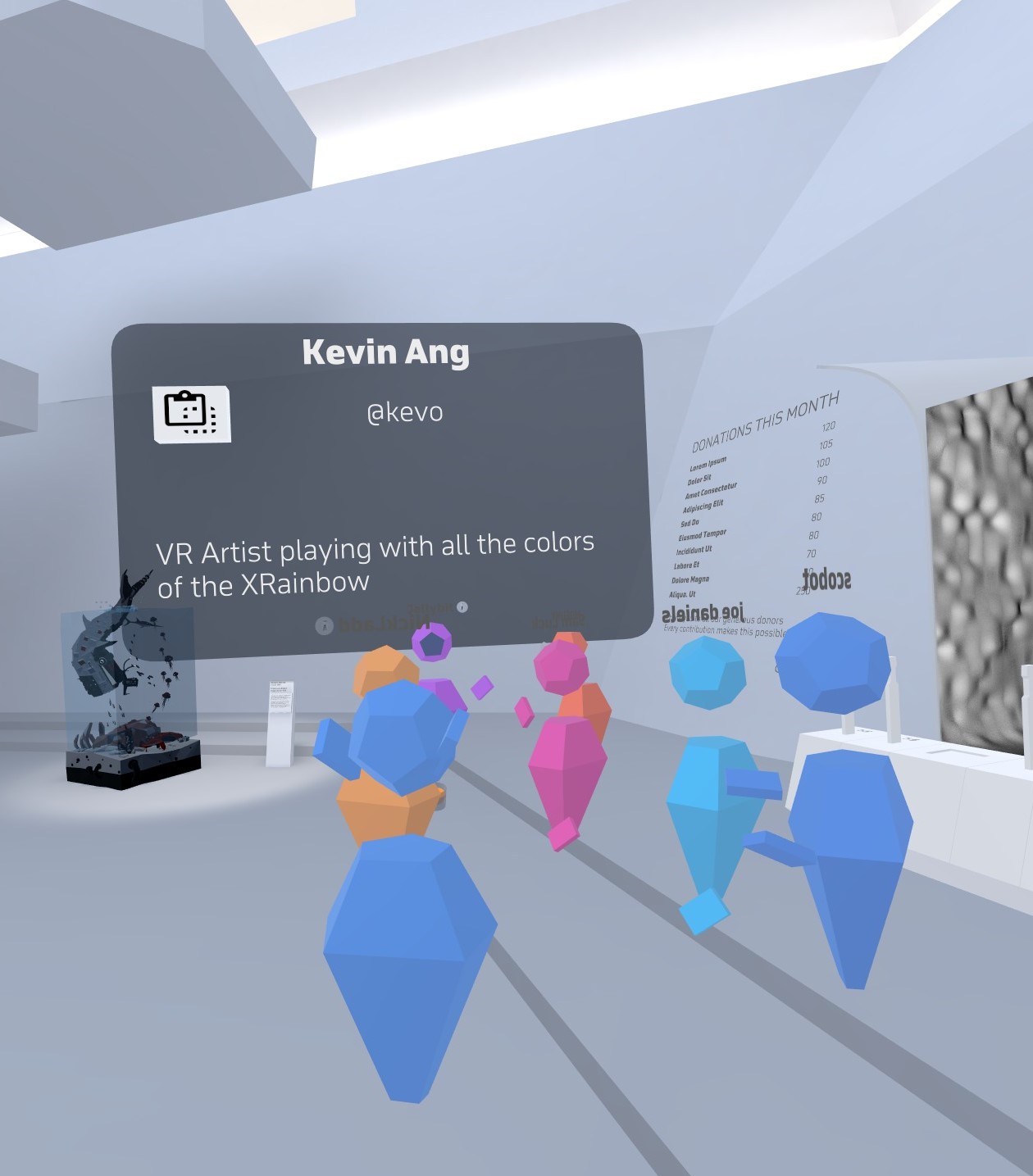 ...and by that stage the fabbo Henri Schoots had joined too even though it was pretty late for him [1am-ish]. Scobot, our lovely group "Cat Papa", VR Paintscaper extraordinaire and co-moderator of the XR Artists group was the next to arrive, and was soon joined by a gaggle of amazing XR Artists including Nick Ladd, Sam Luck, Joe Daniels, Dave Freeman, and Matt Schaefer.

After a quick update concerning the status of Scobot's possibly-impending cat adoption [one of the most important topics of the day, has to be said] and a brief play in the Donation arena... 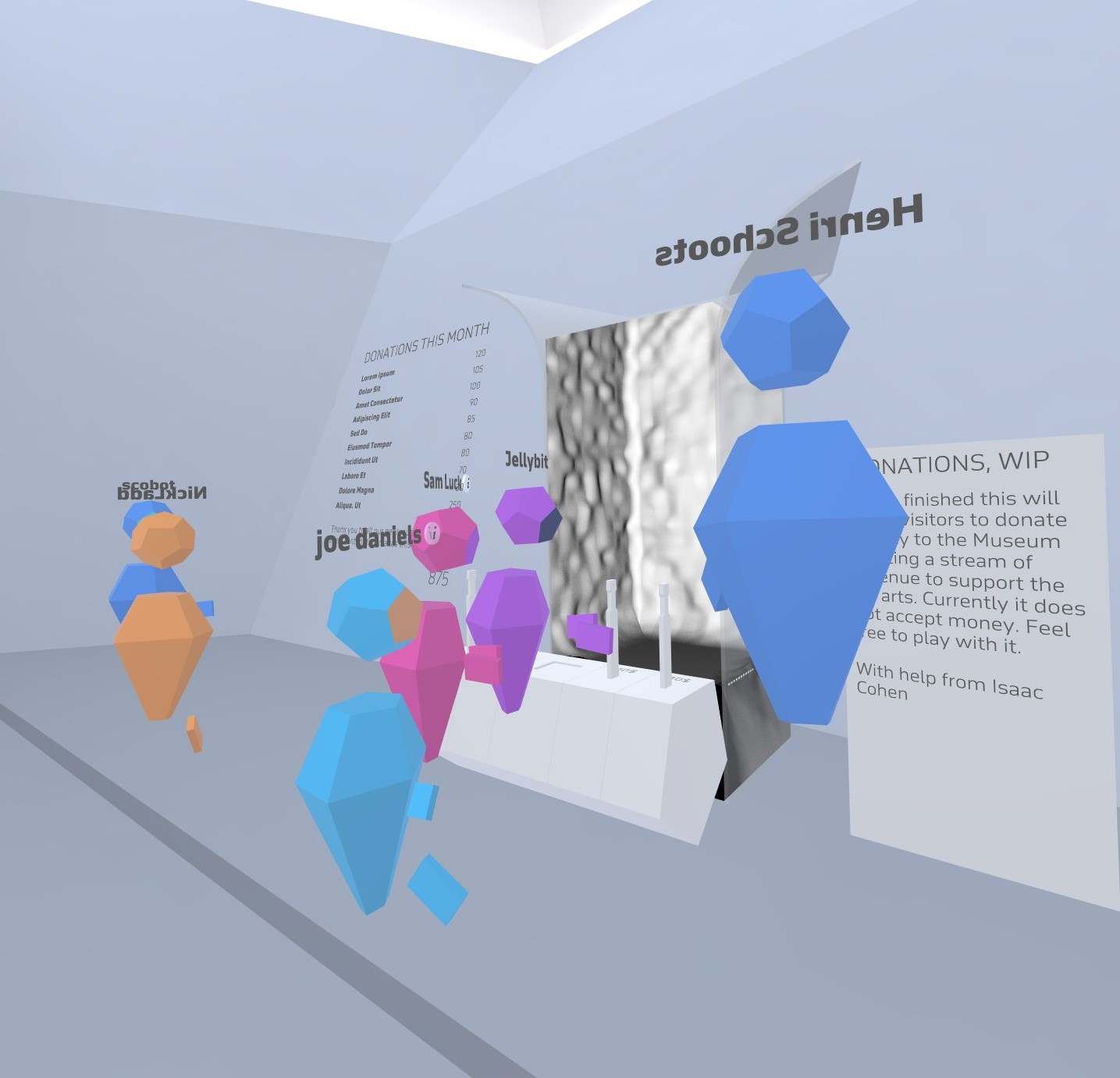 ...we made our way topside, where new MOR exhibits awaited.

After giving a quick rundown of my work The Golden Stance... 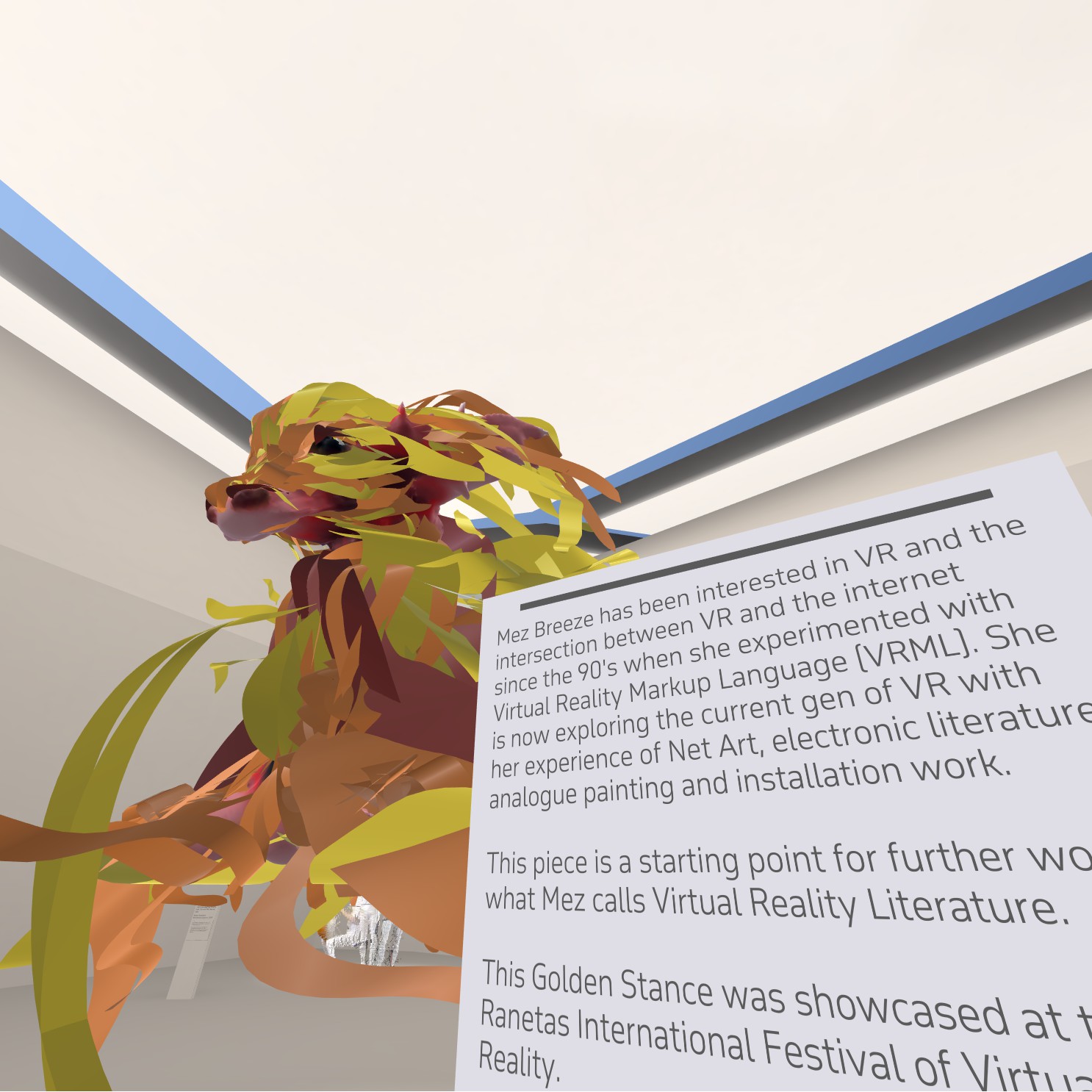 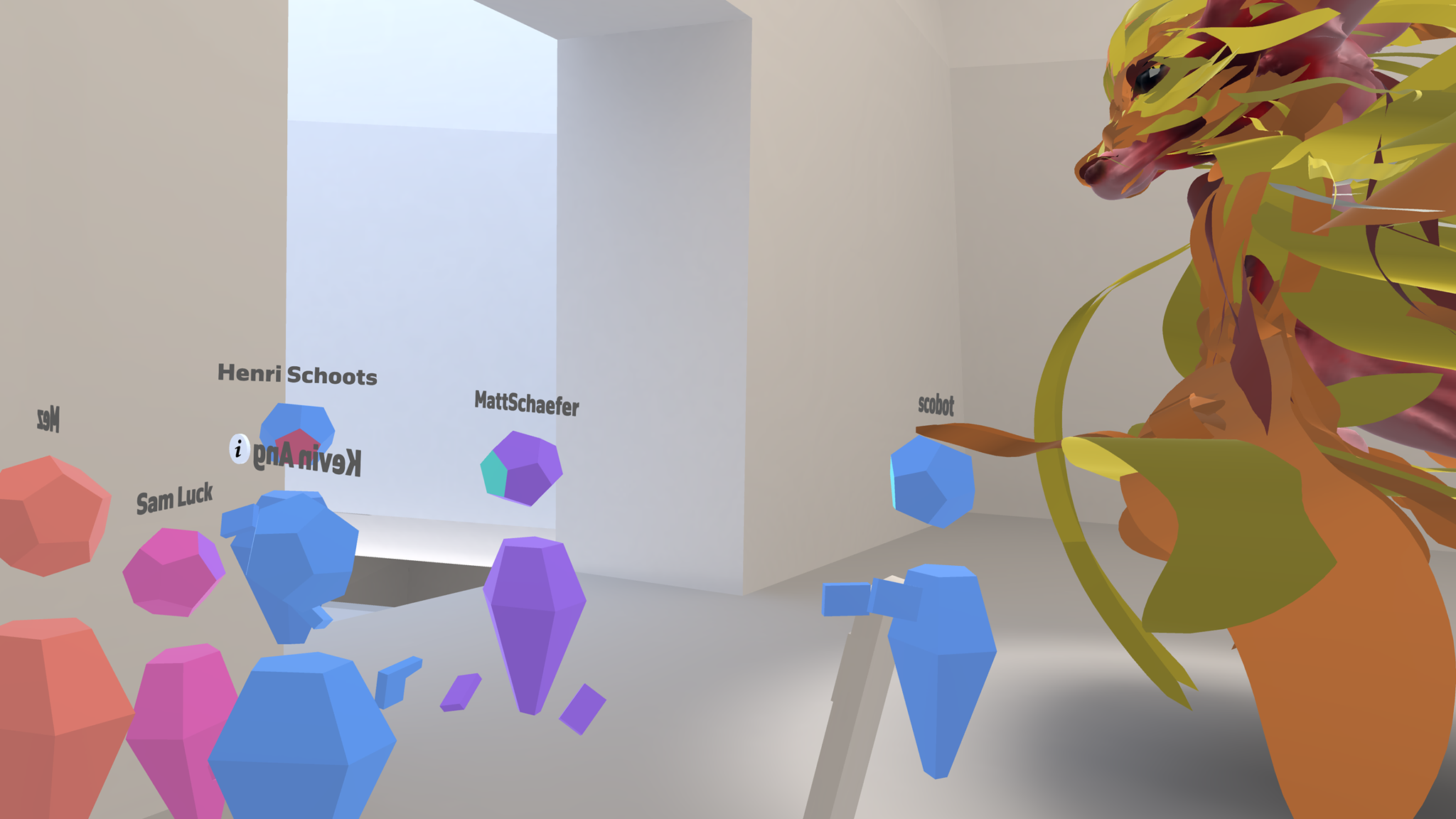 … we teleported our way over to [and actually into] Sam Luck's beautiful Canadian Chalet, a lovely commemorative work described by Colin Northway from The MOR as:

"...a piece of Luck's childhood rendered out in Quill complete with sound design by the artist".

It's a whimsical and evocative work, one that stitches together ideas centering on memory, the act of remembering, and concepts of innocence. 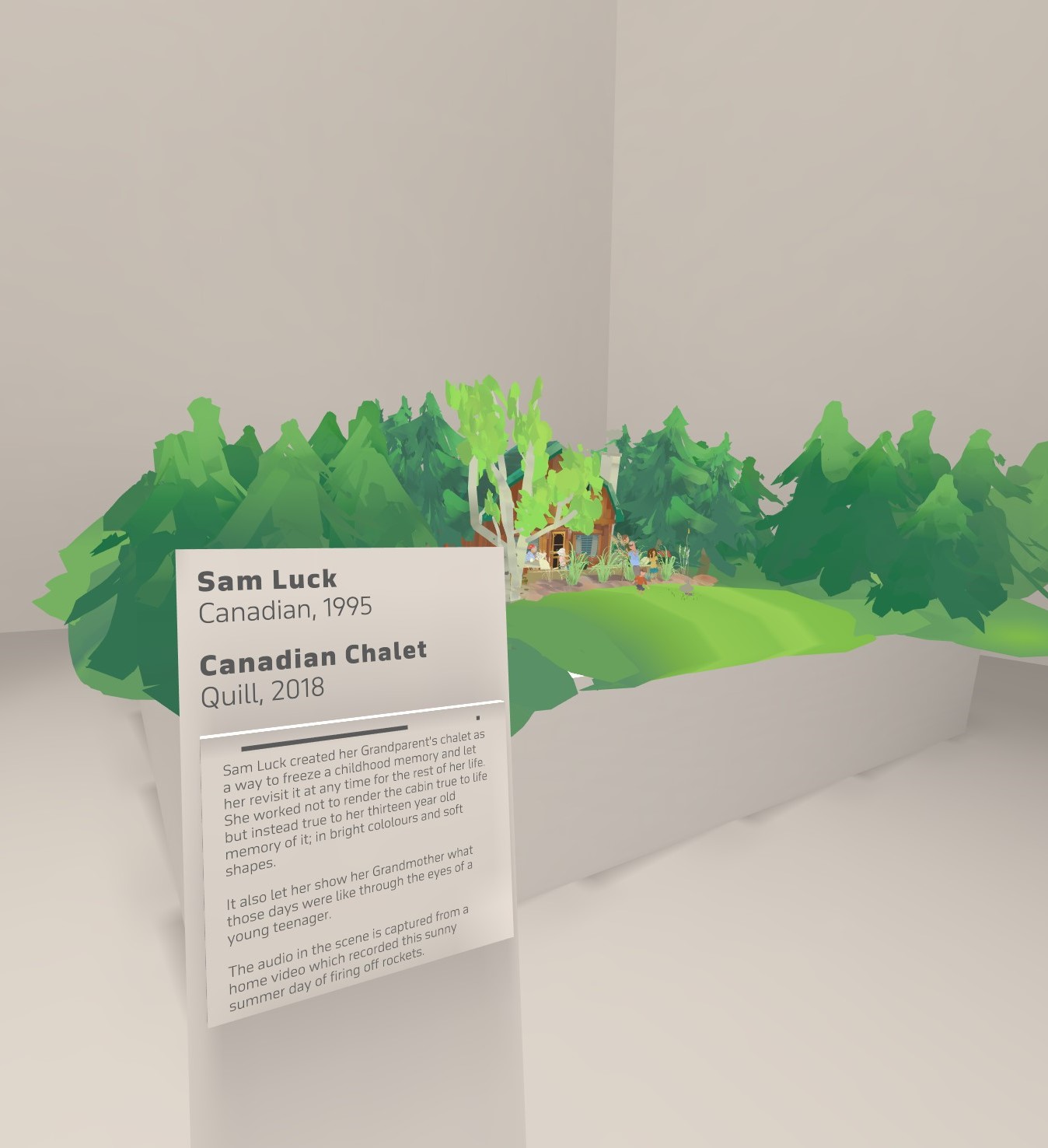 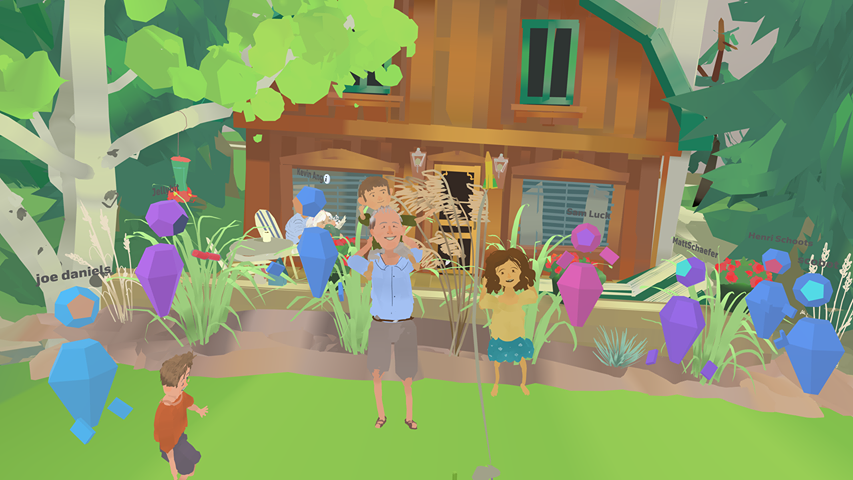 Not content with a decent show and tell, the gang then settled in for a deep discussion of all things XR Art, including 3D/VR development tools and hardware [limitations, strengths, potential improvements], tutorial suggestions, and VR/XR's role in education with Joe, Nick and Sam speaking about the role of education both inside and outside the VR community, and having long distance learning potentially being revolutionized by the use of VR. Kevo also brought up the notion of VR education being utilised as a philanthropic tool to reach kids affected by tragedy or poverty, while emphasising just how important it is to orient this towards a greater good.

So between show and tell, XR developer/design chatter [*cough* gossip *cough*], cat adoption, and a wonderful and rangy discussion about potential learning pathways, this first XR Artists meeting in The MOR was a bunch of rabid fun. If you like the sound of it [or think perhaps you have better cat adoption stories you can tell] please join up to our XR Artists group here.